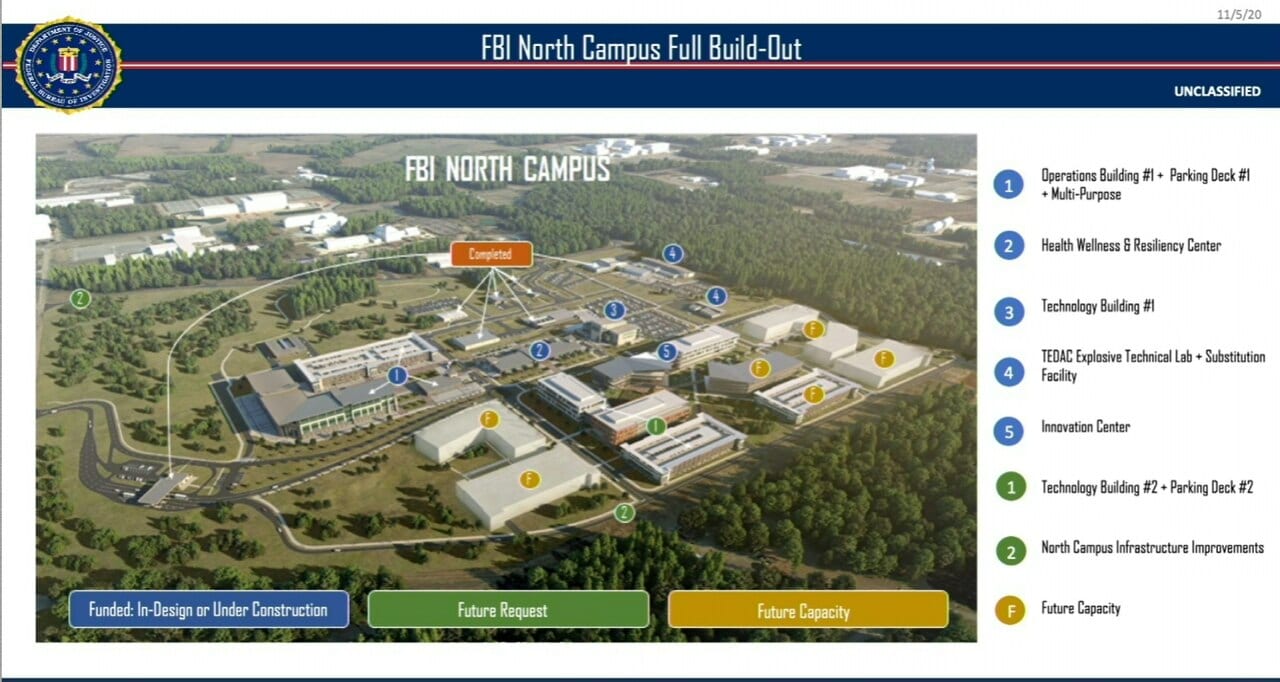 The FBI last week said it had nine buildings under construction at Redstone Arsenal, the first projects in a two-decade plan for a “college campus-like” footprint in its expansion within the Army base’s gates in Huntsville.

That growth could stretch for decades, according to David Schlendorf, the FBI’s associate executive assistant director told Huntsville business and community leaders at the annual Redstone Update. Plans call for construction projects for up to 20 years, he said. The image above is not a comprehensive visual of all FBI construction projects at Redstone Arsenal.

For more of the story please go to: FBI Buildings Under Construction/Redstone Arsenal/al.com

Learn more about the
Industry News Industry in Alabama